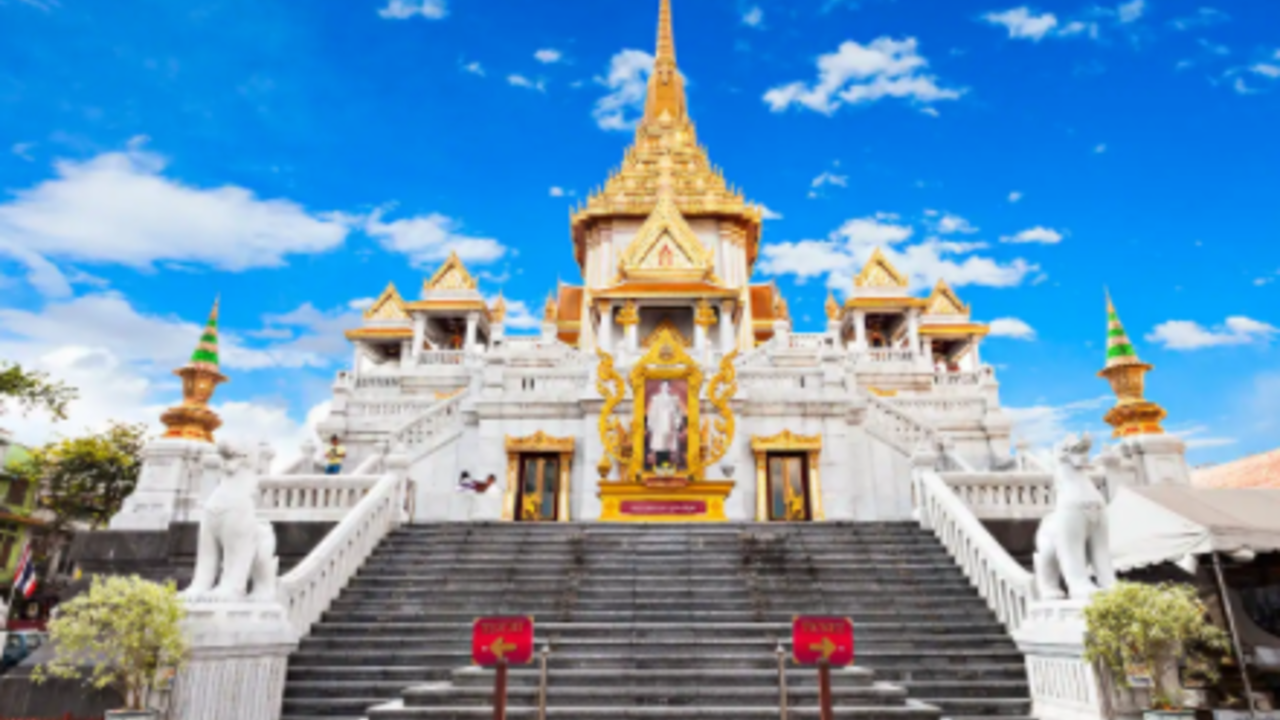 ~ There’s a crack in everything, that’s how the light gets in ~ Leonard Cohen

In 1954, in Bangkok, Thailand, a monastery was being relocated to make room for a new highway. The monks were given the task to arrange for a crane to come and move a clay Buddha to its new location. One moving day, when the crane started to lift the statue, it was actually much heavier than expected and immediately began to crack. Wanting to protect the priceless shrine, the monks lowered it back down and decided to wait until morning to move the statue. They were going to arrange for more powerful equipment.

As that night grew darker, the rain set in. Unsure of what to do, the monks lovingly covered the statue with tarps to keep the moisture away. The head monk, unable to contain his curiosity and utterly honoring his intuition, took out his flashlight just to check on the Buddha one last time for the night. Much to his surprise and completely validating his intuition, as the light of the flashlight shone onto the Buddha, he saw the tiniest glimmer. There was a reflection. There was clearly a reflection of something underneath the shrouds of clay. Standing in his curiosity, he slowly started to carefully chisel away shards of clay. The more he chiseled the more the glimmer grew. It got brighter and brighter. Needless to say, he spent the entire night chiseling away and eventually uncovered the entire statue.

Unbeknownst to him, the statue took his breathe away. The entire statue was solid gold. A solid gold statue and what is now known as The Golden Buddha.

The story behind this wondrous clay Buddha is that it was once covered in clay to mask its presence. The Golden Buddha was the most amazing Buddha statue ever made and the monks who, at the time, were in possession of knew the Burmese army were planning an attack. The monks were determined to protect their shrine as they knew that the Burmese would stop at nothing to steal the statue because of its tremendous value. Their solution was to cover the Golden Buddha with 12 inches of clay, knowing that the warriors would ignore it and find it worthless. Their idea worked. And needless to say, the Buddha survived yet sadly, the monks did not. Due to that, the secret of the Golden Buddha stayed hidden for centuries.

Today, the restored Golden Buddha resides in The Temple of the Golden Buddha in Bangkok and is one of the most significant tourist attractions. The solid gold Buddha is valued at nearly $250M and every year, millions of people visit The Temple and worship the Buddha at his feet. Whether they stay for a moment or for hours, they stand in awe to think The Golden Buddha may have never been uncovered had the head monk not honored his intuition.

The story always chokes me up a bit to think about the importance of recognizing how many layers of ‘clay’ we all have on us and what’s masking our intuition. Masking ourselves from the world is a learned behavior and for most, a survival behavior. From an early age we begin to cover ourselves up to please others, to conform to society’s norms or simply just to fit in and find solace in surviving. Over time, this blocks us from accessing our full potential...our truth, our gold.

The story represents not only what we do to our children when raising them but also how our childhood still play a role in our everyday lives. Words are used to protect us yet quite often they do just the opposite. Words leave scars and cycle around in our unconscious mind for decades blocking access to our gold. Think about it, we entered into this world as wondrous, inquisitive miracles who believed in magic, fairy tales and knew that all things were possible. Yet over time, fear was instilled in us from someone else’s fear. Doubt was introduced to us from someone else’s insecurities. Words were spoken that validated someone else’s ‘clay’...and those words were then internalized by us. We now own them. Cycle through them. And mistakenly honor them as truth. Those words create the layers of ‘clay’ that fill our unconscious mind and greatly impact how we show up in the world. They shut down our creative access. They paralyze our curiosity. And most often they silence our intuition.

Chiseling away at the layers, releasing the old stories, interrupting the patterns and allowing the light to reflect into the cracks exposes the best versions of us...our Golden Self. Creating awareness around that space is where change happens. Like the chisel on the Buddha, creating awareness and then with great intention, exposing the Golden Self allows full access. We awaken our curiosity. We use our voices and we begin to step into our power. We then honor our creative, inquisitive and wondrous Golden Selves.

What powerful version of you would come shining though if the clay was removed?

What would you then be capable of doing?

How beautiful would your life be once you had that much access to you?

There are endless resources available if chiseling away at the ‘clay’ and creating a space where the light can shine through is your dream. Whether is daily affirmations, guided meditations, nearby classes, blogs, books or hiring a Transformational Coach like myself.

Crack it open...let your light shine. What are you waiting for!!

How amazing’er would the world be with your Golden Self fully exposed? Yep, I said it, amazing’er.

Let’s spend 2020 taking care of ourselves first. The brighter our lights shine the brighter the world becomes.  And with that...all things are possible.

Let's stay connected. Share your email and we will keep you in the loop. Stay amazing friend!